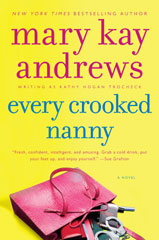 Of course, she isn’t really new–or at least not new to some of my readers.

Starting back in the early nineties, I penned eight of these mysteries, under my real name, which is Kathy Hogan Trocheck. At the time, I was working as a features writer for The Atlanta Journal Constitution and had two young children at home. I’d always been a mystery reader–like so many women in this country, I cut my teeth on the old Nancy Drew mysteries. By 1990, I was ready to leave newspaper journalism behind and strike out for the land of fiction.

That first one never sold. But the second one, Every Crooked Nanny, found a home at HarperCollins Publishers, and I went on to write a total of eight Callahan Garrity mysteries, in addition to the two Truman Kicklighter mysteries. The Truman Kicklighter titles, Lickety-Split and Crash Course, set in my hometown of St. Petersburg, are currently available only as e-books.

The first book in the series, Every Crooked Nanny, introduces readers to Callahan. She’s an Atlanta native, graduate of the University of Georgia (Go Dawgs!), and she lives in a Craftsman bungalow in the real-life neighborhood of Candler Park. Callahan is a former Atlanta Police detective, who quits the force when she gets passed over for a slot on the APD’s Homicide Squad, because of sexism. A note here; when I began writing the first Callahan novel, there were no women homicide detectives on the APD. Callahan gets her private investigator’s license, but when she can’t drum up enough business, her mother talks her into buying a cleaning business called The House Mouse. 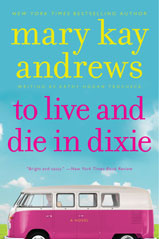 Following on the heels of Every Crooked Nanny came To Live and Die in Dixie, Homemade Sin and Happy Never After. 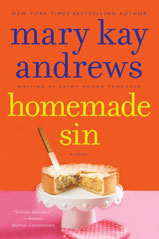 All the books are set in real locations in and around Atlanta. Callahan had many devoted fans, and the books were commercial and critical successes, but after eight of the mysteries, I had an idea for a different kind of novel, which became Savannah Blues. With the success of Savannah Blues (and my new pseudonym of Mary Kay Andrews) I morphed into writing women’s fiction–but always with a mysterious element.

Over the years, several of the Callahan titles went out of print, and the remaining ones were hard to find in bookstores. Now, however, I’m thrilled that Harper is re-issuing all the Callahans, starting with the first four in the series. Callahan has gotten a little facelift–this time the titles are debuting as trade paperbacks, with gorgeous new covers. 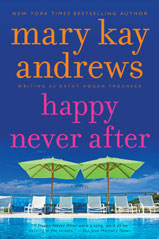 Even more exciting, for the first time ever, there will be Callahan audios! The audio of Every Crooked Nanny will be released today, March 26, and the other audios will follow soon. I’m so thrilled that my Mary Kay Andrews fans will finally be able to find these books again. Look for the final four books (and their audios) in the series to be released in coming months.

Can’t wait for you to meet Callahan and the girls. I hope you’ll enjoy reading her as much as I enjoyed writing about her exploits.