Back in the 1990s, when I was writing mysteries, I conjured up a retired newspaper reporter sleuth named Truman Kicklighter. Truman was a crusty widower who lived on a fixed income, in a retirement hotel in my hometown of St. Petersburg, Florida. Truman was feisty, a dedicated early-bird coupon clipper, much like many of the retirees I knew while growing up in St. Pete. He had a sidekick, Jackleen Canaday, who was a waitress at The Fountain of Youth residential hotel, and the two of them managed to get themselves into and out of hot water on a regular basis. 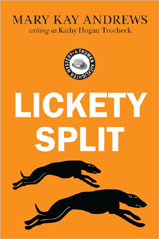 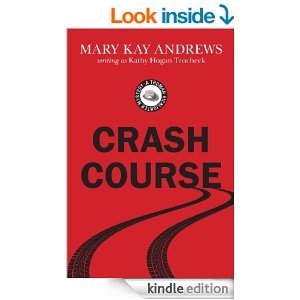 The two books in the series, LICKETY-SPLIT and CRASH COURSE, went out of print some years ago, but with the advent of e-readers, I decided to self-publish both titles. In the first book, LICKETY SPLIT, Truman and Jackleen investigate the murder of a race-track tout who’s come up with what seems like a fool-proof system to pick winners at Derby Lane, the historic greyhound race track in St. Pete. In CRASH COURSE, Truman comes to the rescue after Jackleen unwittingly gets herself mixed up with a crooked gang of used car scammers. Both books are available on all digital formats, but now, finally, I’m happy to announce that Truman is also available as an audiobook. 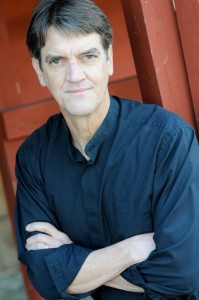 When it came time to hire a narrator to give voice to Truman, I knew immediately who to call. Our friend Chris Kayser is a celebrated veteran actor, best known in Atlanta for bringing Ebeneezer Scrooge to life for the past 16 years in the Alliance Theater’s production of A Christmas Carol. Chris keeps busy with other acting roles, and professional voice work–and he plays a mean game of tennis, according to my husband, who plays with him on a regular basis. Chris is actually A LOT younger than Truman, but being the amazing actor he is, he’ll make you believe he’s the personification of my favorite male sleuth. I’m thrilled with the results, and hope all my fans will give the books a listen during their summer road trips–or just your next block of “me time” listening to audiobooks.

If you’re an audiobook fan like me, I hope you’ll give check out LICKETY SPLIT and CRASH COURSE.