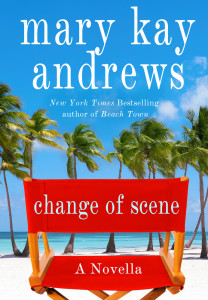 A LITTLE BACK STORY

The day after I turned in my (very late) manuscript for THE WEEKENDERS, which publishes May 17, I rewarded myself with a mani-pedi. My color choice for my toes was a happy coral called SHE WENT ON AND ON AND ON. Which was hilarious, and totally appropriate. Because once I get going on a book, I have a very hard time getting to the end. I write, well, on and on and on. And on and on. 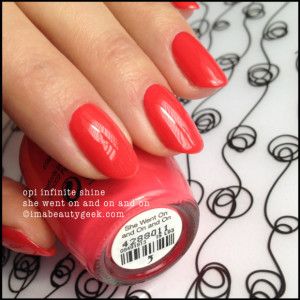 I have writer pals who say they can’t imagine writing a novel as long as 300 pages. Hah! I’m just getting wound up at the 300-page mark. At the 400 page mark I’m panicking, and as I approach 500 pages, despair sets in. Will I EVER finish?

Fortunately I have an editor with infinite patience and wisdom, who simply tells me that the story takes as long as it takes.

But she can also be ruthless when necessary. Which is what happened after I turned in my manuscript for my summer 2015 novel, BEACH TOWN. “The first 75 pages have to go,” Jen told me. She was right, of course. The first 75 pages weighed the novel down and made it too long to get to the hook—that irresistible dramatic scene that “hooks” the reader into wanting to know more.

Still, my heart sank. I loved those opening pages. They told the “back story” of my heroine, Greer Hennessy, an L.A.- based movie location scout who is the third generation woman in her family to work in the film industry. More importantly, they introduced the reader to Greer’s mother Lise, a has-been sitcom star who these days makes a living as an, ahem, “intimacy counselor”. Lise’s own mother, Dearie, had a short-lived acting career as a bit player, whose most memorable role was as an extra in a Cary Grant movie. After Lise’s birth, Dearie goes to work as a seamstress in a movie studio costume shop.

I did some location scouting of my own, visiting a 1920s-era bungalow apartment court that would provide the setting for Lise’s apartment, and later, an avocado farm in the mountains of the Central California coast, where Greer has a location shoot go very, very wrong. And of course, my friend Ki and I took a hilarious “homes of the stars” tour and ate at a Mexican restaurant that would become Lise and Greer’s favorite lunch spot.

I read up on the movie business, and even researched Cary Grant, my favorite Hollywood heartthrob, who, it turns out, might not have been as charming in real life as he appeared in the movies.

I really mourned the loss of those 75 pages, and all that back story. For months after the publication of BEACH TOWN, I thought about Dearie and Lise, and their story, and how their story contributed to Greer’s own story.

Eventually, I came up with a novel idea. Why not spin that story into a prequel to BEACH TOWN? Even though I was supposed to be working on my summer 2016 novel, THE WEEKENDERS, I just couldn’t let go of Lise and Dearie and Greer.

Because of the shorter length, and the very short lead time I gave my publisher, we decided to make it available only for eReaders. It’s available in all E-formats, for Kindle, Nook and iBooks. I’m hoping my readers will find CHANGE OF SCENE an enjoyable read while they wait for THE WEEKENDERS to publish next month.

And in the meantime? I found another great nail color for my summer toes. It’s called SHORT STORY. No, really! 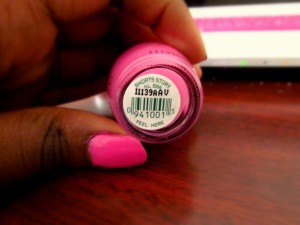 2 thoughts on “A LITTLE BACK STORY AND CHANGE OF SCENE”