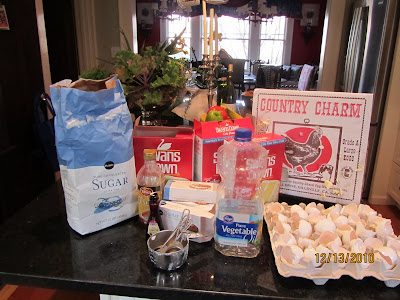 Ingredients lined up on the kitchen counter

A lifetime ago, when I was working as a reporter for the Atlanta Journal-Constitution, I interviewed Atlanta food writer Shirley Corriher for an article, which, ironically, had nothing to do with food. I knew that Shirley was trained as a food chemist, and in the course of our interview, I asked her why my pound cakes always came out too dry. I recited the ingredients of the lemon cream cheese pound cake recipe I was using, which had been given to my sister Susie by another emergency room nurse at Grady Memorial Hospital. If we baked it as long as the recipe directed, it was too dry. Less time and it came out undercooked.”Hmm,” Shirley said. “Try this. Add another quarter cup of sugar. Stir in a quarter cup of vegetable oil. And add two extra egg yolks. Cut your oven temperature back to 325, and let it bake additional time.” 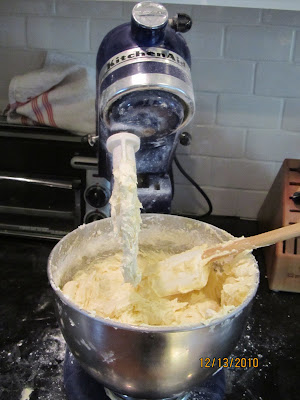 Et voila! A perfect, moist, amazing pound cake. Susie and I made pound cakes at Christmas. We made them at Easter, topped with strawberries and whipped cream, and for the Fourth of July, with peaches and blueberries. I took pound cakes to covered dish suppers and funeral luncheons. At one point, the recipe ran in the AJC’s food section. And at some fateful moment, I decided to bake a pound cake for my editor and agent, and ship them off to New York as Christmas gifts. The cakes were a hit. To my surprise, I discovered that “up north” pound cakes are considered something of a Southern regional specialty. The next Christmas, I added my agent’s assistant, my editor’s assistant, and my publicist to the list. Again, a hit. And so it began. 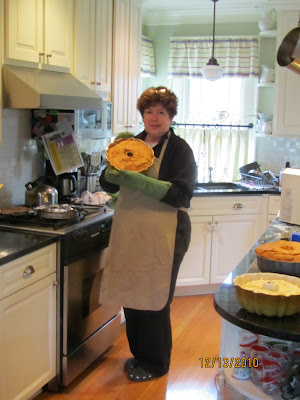 Pattycake, pattycake, bake me a cake as fast as you can!

Every year, I would add somebody in New York to the Christmas cake list. The publisher, the head of marketing, the head of paperback marketing, the head of publicity, the people in library sales, the telereps in Scranton. Everybody who touched my books, basically, got a pound cake for Christmas. Or at least a share in the cake for their department. I’ll never forget the day my agent called with the news that polite hints were being dropped that I should bake cakes for the buyers at the big chain bookstores. Huh?

One Christmas, about five years ago, I woke up in a panic, realizing that my pound cake list had grown to 30. I’d gotten the cake-baking down to a science. I’d acquired four Bundt pans, and had figured out how to bake two cakes per shift. I’d hired my cleaning lady to assist on what I came to call “cake day”–separating eggs and measuring out the flour and other dry ingredients. On a good day, I could bake as many as ten cakes. And then have to take to the sofa with the Ibuprofen and heating pad. But 30 cakes? All of which had to be baked, wrapped, and hauled off to the UPS Store for shipping? 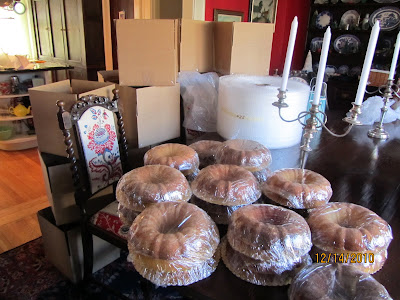 A plethora of pound cakes

That was the year I caved in and began out-sourcing some of the baking to a small bakery in my neighborhood. It’s still my recipe, and the key people in the life of my book still get a pound cake baked by me personally, but at least now I can manage to face December without cringing. This year I baked twelve out of the 28 pound cakes. And lived to tell about it, thanks to my amazing assistant Grace, who came to work on “cake day” even though she wasn’t feeling well. The cakes arrived in New York and New Jersey last week, and the excited emails began popping up in my in-box. 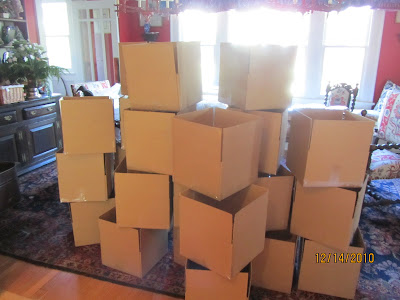 Cake day–boxes ready to be packed “YUM” read the subject line in one typical missive. “Lemon cream cheese lusciousness” was how Meg described her cake. So it was totally worth doing. And it will be worth doing for you too, although, take my advice, and do NOT start sending these as Christmas gifts. Unless you have plans to open your own bakery

Turn off the phone and shut out any other distractions when making this cake. It’s a bit of work, but the results are definitely worth it. I usually bake two cakes at a time when I get started, one to serve (or give as a gift) and one to pop into the freezer. Since it’s such a large cake, you can always slice and serve half, and freeze the other half for later. Another note: the whipped egg whites mean the cake batter may spill over the edges of the pan, so make sure you have a large bundt pan–or place your pan on a cookie sheet to catch any overflow.

Beat five egg whites until stiff and set aside

In mixing bowl, beat together butter, cream cheese and vegetable oil. Add in sugar and cream well. Beat in lemon extract and vanilla. Add egg yolks one at a time and beat well. In smaller bowl combine flour and salt, beat into batter, adding flour mixture by thirds. Fold in beaten egg whites, pour into prepared bundt pan and bake for approximately 1 hour and 30 minutes—check for doneness with wooden toothpick. Let cool 5 minutes, then remove from pan onto cooling rack and finish cooling. Wrap tightly with plastic wrap or store in large ziplock bag for freezing. You may choose to add a lemon glaze, made with one cup of confectioner’s sugar and 1-2 Tbsp. of fresh lemon juice.

13 thoughts on “The Pound Cake Chronicles”